So I’ve been waiting for this book for, like, ever. So has everyone else. It’s been somewhere around six years since Dee’s last book. I have lots of writer friends and in March 2011 I asked one of them [who’d been around much longer than I] what the deal was [in part because her last book just sort of… ended… there was resolution to the suspense-y side of it, but not the romance…]. I was told at the time no one really knew.

A year later [almost to the day?], Bethany House announced a new book coming from Dee and pretty much everyone I knew started squealing :D.

On her website, she mentions that she had a severe neck injury that limited many of her activities [I want to say I read somewhere else it was a car accident but don’t quote me on that]. She remains in my prayers as she continues to heal.

So… In October, her first book in eons comes out.

And I got to read it already :D. WOOHOO!

And here ’tis. My review. 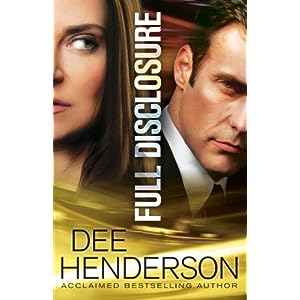 Dee Henderson Is Back!

Ann Silver is a cop’s cop. As the Midwest Homicide Investigator, she is called in to help local law enforcement on the worst of cases, looking for answers to murder. Hers is one of the region’s most trusted investigative positions.

Paul Falcon is the FBI’s top murder cop in the Midwest. If the victim carried a federal badge or had a security clearance, odds are good Paul and his team see the case file or work the murder.

Their lives intersect when Ann arrives to pass a case off her desk and onto his. A car wreck and a suspicious death offer a lead on a hired shooter he is tracking. Paul isn’t expecting to meet someone, the kind that goes on the personal side of the ledger, but Ann Silver has his attention.

The better he gets to know her, the more Paul realizes her job barely scratches the surface of who she is. She knows spies and soldiers and U.S. Marshals, and has written books about them. She is friends with the former Vice President. People with good reason to be cautious about who they let into their lives deeply trust her. Paul wonders just what secrets Ann is keeping, until she shows him the John Doe Killer case file, and he starts to realize just who this lady he is falling in love with really is…

I equate Dee Henderson with Romantic Suspense, but it’s been a long time since I read any of the O’Malley books [my favorites] or any of her other books. This one struck me not so much as RS but “Romantic Mystery”. To me, suspense means there’s someone taking shots at you and things like that. This one has more mystery to it. More a whodunit than a true suspense. And I’m good with that though I kept waiting for a shoe to drop and bullets to break windows or something. I would have been fine with that kind of story, but this one is more of a puzzle. Can you figure out the big secrets/twists before the main characters do?

I’m usually pretty good at that and I did pick up on one of the twists earlier than I think most would have, but the big one? Not a stinkin’ clue!!!! Good job, Dee!!!

So the story itself…

Everything starts off with a bang, as you’d expect, and soon Paul and Ann’s paths have crossed.

There’s several storylines, weaving in and out.

A female sniper/assassin Paul’s been trying to catch for years and Ann just may have stumbled on a tidbit of info to bring her into the open.

A side project Ann, the person every police department in the Midwest calls when they’re stumped, is working on and Paul may be able to help her with.

There must be some thread linking the three. Dee does a masterful job weaving them together and making even seemingly-unrelated and unimportant tangents mean something.

The romantic element was also well done. I talked with one friend who said she thought Ann came across as uncompromising. I can see how she thought that. I saw her as someone who knew herself and her limitations and what compromises she was willing to make. She opened with the compromises already in place rather than starting at A and the other person starting at Z and ending up around L or so. She started at L and said take it or leave it. I could see how she could come across as sort of stiff but I didn’t see her that way at all. Maybe because she has a creative side I, as a writer, could identify with.

I really think whether you like Ann is a personal thing – some people will love her and identify with her and others won’t – but I don’t think they’ll dislike her either [and my friend didn’t dislike her, just didn’t love her].

Once I get my copy back [it’s going out on loan – to at least three people who have been begging me to borrow it – why yes, yes, I did stoke the flames a bit when I sent a few texts of it out the day it arrived ;)], I’ll reread it and try to figure out the clues – to see if I could have picked up on them earlier. I’d love to know if you do :).

Overall, it wasn’t the best book I’ve read this year, but it’s definitely up there and definitely a keeper!!!

If you’re waiting for it to come out in October, grab your copies of the O’Malleys [and Danger in the Shadows] and read up to get ready for this one!

Thanks to Dee and the publicity folks at Bethany House for an advance copy in exchange for my honest review.

Don’t read the next section if you don’t want MAJOR SPOILERS!!!!

You have to highlight it to read it, but DON’T DO IT if you don’t want major spoilers!!!! Not about the plot twists but about some other stuff. Seriously. I wouldn’t recommend highlighting this and reading it unless you’ve already read the book – or at least the first few chapters [you’ll know when I mean]. Honest. But once you have, I’d love to hear your thoughts [via email please – not in the comments where it might spoil someone else]!

MAJOR SPOILERS BELOW! YOU HAVE BEEN WARNED!!!! 😀

So… one of the first people to show up is a cop named Kate. Who is married to an FBI agent named Dave. In Chicago. And Kate knows the head of the US Marshals. But her last name isn’t O’Malley [or Richman]. There’s Lisa. Quinn. Shari. And so on. It was all… right. But it was all wrong at the same time. To the point where I spent some time after page 2 or 3 looking around Amazon to make sure I wasn’t nuts.

So… it turns out Ann is an author. And she’s written books with familiar titles – like Danger in the Shadows. And the O’Malley series. And the rest of Dee’s books. And the books Ann writes are based on people she knows. In real life. So The Negotiator is based on her friends Kate and Dave.

I’ve read Dee’s other books but none captured me like the O’Malley Series [including the prequel Danger in the Shadows]. They weren’t bad, but I haven’t read all of them but they aren’t on my shelves and I don’t reread them. But the characters are all in there [I presume anyway].

What do you think?